Artificial intelligence (AI). Is it the future? 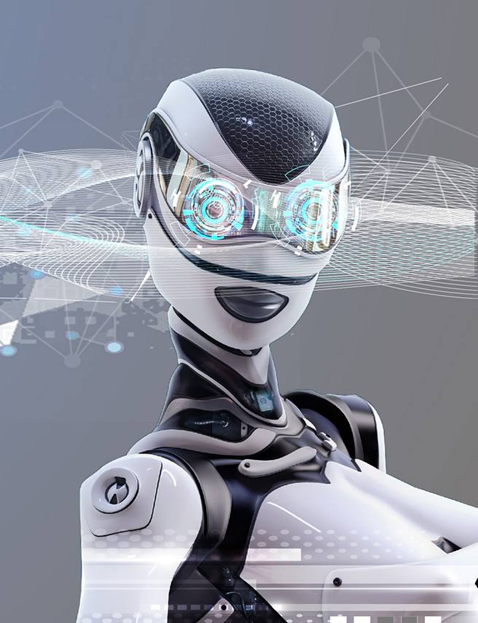 Now that we have intelligent houses, phones and even refrigerators, it was only a matter of time before our intimate lives became smarter through artificial intelligence. As more and more people invite AI into their bedrooms and most intimate experiences, let’s review the possibilities and also the vulnerabilities that might bring.

While is clearly that sextech is much more than sex robots, the reality is that a lot of  progress has been made to create sex robots that are very realistic and that you can customize. Today they can have a mobile integration, sensors, warm skin, natural hair, and inner sensors that allow them to respond to touch. They are incredibly life-like and above that — thanks to conversational AI they can talk.

There are companies that are almost ready to unveil robots that seem to have a heartbeat and can mimic breathing. Some companies offer technologically advanced AI-driven robots that can blink, move, and more. Ultimately, they are working on having sex dolls interact and communicate with partners as if they were human.

Artificial intelligence and advanced technology have opened up a new world for healthy sexual expression, education, and knowledge, but it does present some new challenges that need to be considered. The comfort and willingness for committed partners to explore their sexual fantasies through AI might cross boundaries. The rapid development of sex robot technology triggered a lot of ethical discussions. Could AI create unrealistic expectations for human interaction, or encourage violent sexual behavior not appropriate in real life?

On the other hand, manufacturers see their robot as a comforting conversation companion, only with sensual capabilities. They see their business as a whole big mission with the main objectives of preventing human trafficking and reducing prostitution; helping people with difficulties, reducing sex crimes (rape), and the spread of sexually transmitted diseases.

It is important that since sex robots can talk back, this is not just physical, but also emotional bond. And since we get lonely more every day, it is quite possible that robots or other digital creatures will replace human interactions.

As with any new technology, we don't have all the answers just yet. In fact, there will likely be negatives along with the positives this technology offers.

These dolls are mainly characterized by several technologies that define the robot itself.

The base is Moving Eyes, Mouth, Neck and Mimic. The robot can shake its head, move its eyes and mouth based on the situation you are exposing the doll to. Mainly based on touches during sex or what you are currently discussing with the doll. The mimic muscles of the doll can conjure a beautiful smile or, conversely, an expression of well-being during physical interaction.

An important thing is also the moaning system. You can adjust the volume of arousal during sex by yourself. The Moaning system also responds to touches on the chest, vagina, legs and hands.

Natural body temperature adds doll to reality. If you are not at home and you are looking forward to having the doll ready when you come home, you can simply start heating it using the app. The heating time of the doll depends on the ambient temperature and is usually around 1-2 hours. After that time, the doll will warm you up to a pleasant 37 ° C.

The last and most important characteristic is humanity. It is characterized primarily by communication between people. Our robotic AI dolls can only speak and joke in English. In the beginning, communication is more complicated because you have to create it and educate it to your imagination. The doll learns very quickly and well and can also help you find any information online and then share it.

There was enough information. It's time to see what it actually looks like in practice:

You can find more videos for each product, HERE...

“I was created to please you”

Users buy sex dolls because they have self-awareness and know they are not just toys. Users like to subjectively endow them with a certain personality, and now with AI technology, they can really “create” their personality.

Doll can talk and say that she loves science fiction movies and, of course, her master. She can learn to communicate in the process of communicating with others. But when someone asks her about emotions, for example, if she feels jealous, the answer provided will be that needs to improve her skills.

We are sorry for interrupting your flow. Your CSRF token is probably not valid anymore. To keep you secure, we need you to log in again. Thank you for your understanding.

Thank you for your understanding.